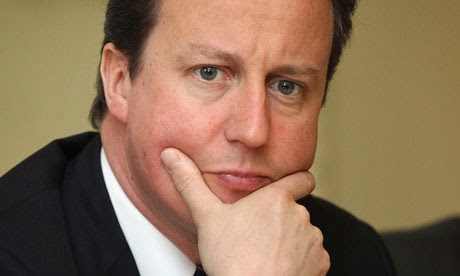 Parliament yesterday Voted 524 for, 43 against airstrikes on IS  (Islamic State) targets. Prime Minister (left) Cameron's motion was carried. This means War (by air strikes, without troops on the ground). There is not a nice way to put it, and the majority in Parliament in support, is overwhelming. Britain joins the Coalition of Nations including local Middle Eastern States that will commerce hostilities against IS. It’s as if we were re-sitting an exam we have failed several times before.

Tornados could be bombing their targets within 24 to 48 hours.

Debate
The debate in Parliament yesterday was robust and deeply thoughtful. It lacked the arrogance and haughtiness of earlier debates in Tony Blair's days, characterised as they were by the attitude that the civilised West was entitled to direct the destiny of the less "civilised" people in the Middle East. The economic motives of the key actors in those days seemed to calibrate their moral compass. Politicians this time considered the legality of the war, the ends sought, mission creep, and the wider impacts in the Muslim world and its reactions. If the economic motive has not entirely disappeared, it seemed from the debate to have been moderated by humanitarian and other considerations in the face of the undoubted brutality of IS actions in the occupied territories.


Syria will not be attacked, though there are significant IS assets there; another example of the allies caution round the boundaries of their military action.

IS Objectives
But, IS has achieved one objective. Despite the involvement of Muslim States in military action, it will no doubt cast the war in the mould of an attack on Islam by the West. There will be many takers for this argument based entirely on the regions historical experience of the West, and deeply held, sometimes irrational fears.
How can the impacts of the actions that will follow be minimised? What lessons are we yet to learn about dealings with the region? These questions will not go away. Until they are answered we are in for a world of pain and destruction, mostly of entirely innocent victims of the war to come.