5 Reasons Why Every Day Could Be Christmas 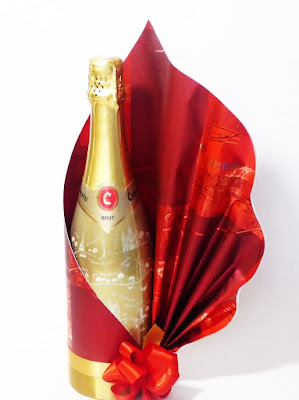 Christmas is an amazing time. Soldiers hell bent on killing each other have even set up truces, temporarily halt their mutual slaughter, and play football, as in  WW1. The shops enter heaven on earth as their till takings explode. People talk to those they don’t usually get on with (sometimes including family), and everywhere the spirit of human bonhomie abounds. It’s a cypher for a mini world peace of sorts but here are 5 reasons it could happen 365 days a year.

First give yourself permission

Sure there is the religious celebration of the birth of Christ and its cry for peace on earth in the case of Christmas, and that’s an important stating point. However, the key thing is, some cause, some idea gives us permission to be peaceful and we act on that admonition. Why can’t we give ourselves this admonition and permission every day. It works over Christmas and many religious festivals so it can be done.  The birth of Christ is the “excuse” but we could find any number of “excuses” for giving ourselves permission to be jolly and convivial. 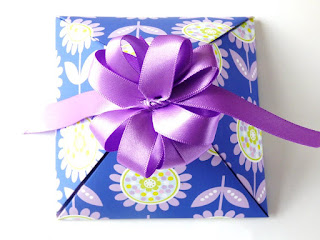 Want for it to work

The second reason we could have Christmas every day is we all want it to work. We all want to have a good time because we are tired of the daily conflicts, game playing, and number one-ism that sadly characterises a lot of interactions with those outside our tight inner circle. The truth is we fight, abuse and control others because we fear that if we don’t we might lose something – our privileges, advantages, special benefits of one sort or another. Of course the cycle of conflict created makes it more likely that further conflict will ensue. Deep down everyone just wants a happy, stress free life we just don’t know how to get it because we haven’t given ourselves permission to have one. (That’s not a life free of challenge by the way, happiness is probably impossible without challenges to motivate us.)

Thirdly even the most outrageous glums we know grudgingly get into the spirit of Christmas and start to own it for themselves. If at first they give presents because they’re expected to, after a few days of buying them, experience shows that people start to enjoy giving and the tendency becomes one of over giving if anything. So it can be done, and crucially it gets done because each individual takes responsibility for dropping their pebble of largesse into the big ocean and the ripples travel far (and not just to shopkeepers). Actually no one is making you jolly, you are becoming jolly by being jolly and it’s amplified by the jolliness of others. 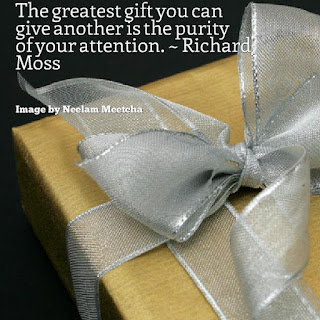 Guess What? It just doesn't matter

My fourth and favourite reason for saying that Xmas can be an all year thing is that we suddenly subliminally get the notion that whatever is the cause of the conflict ….it doesn’t matter. Not that our conflicts are imagined, we’re not making them up, but we rise above them, behave convivially and soon discover another perspective which enables us to ride over our differences. Why can’t we do that every day?

The downside leads to the upside

The fifth reason Xmas could still be on by say mid-May, early September or whenever is that all the downsides associated with it, debt, alcohol abuse, family and relationship bust ups, even suicide are like the dross that rises to the top when ore is smelted to leave the pure metal running free. We soon learn that it’s the thought not the pound value of the gift that gives the lift, we learn that we don’t need to anaesthetise ourselves with alcohol to become social, we soon realise that falsely love bombing people with prezzies is trumped by an actual relationship based on mutual respect. Under those circumstances, we spend money meaningfully, make the involvement of alcohol the effect of a good relationship not its phoney cause, and that authentic closeness lifts people out of dire lonely misery.

So yes for all these reasons Xmas could run year round in spirit, and everyone would be winners. It is a state of mind kicked off by the religious festival! Do you believe it? Share your view here in the comments. 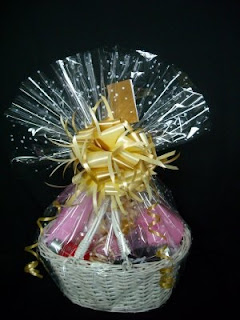 
The images are gift wraps by gift wrapping expert Neelam Meetcha. You can style your gift wrapping this year with a FREE gift wrapping video series on how to arrange and gift wrap a basket. Get Free access at www.giftwrappingtrainingacademy.com
Posted by Tet Kofi at 22:01 No comments: 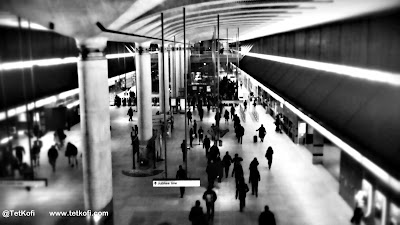 Almost every black parent has “that” conversation with their children when they intone words to the effect “You've got to work ten times harder than the others to get ahead.” I first heard that from mine around age 13. I didn't really pay attention. Add a public school environment to my age and I felt more or less invincible.  I was very wrong because the science proves that there is much wisdom in this advice, and while minority ethnic families have freely bandied it about for generations, your business can take 5 lessons from it that will make your staff more productive, your customers more satisfied, and your reputation much stronger; all effects that flow straight to your bottom line.

The first lesson is that people form in-groups in any community including companies. Members of our in-group are those we identify with and support. They are chosen for the likelihood of their giving us positive feedback about ourselves. In-group members are a kind of fan club who help us maintain a positive self-image and are therefore welcome. We view them as individuals, are able to overlook their quirks and even see these sometimes as the very things that make them unique and attractive. In meetings we refer to them by name, quote their contributions, make eye contact are relaxed around them and so cause them to feel more confident to contribute, take punts at flying edgy ideas, which even if not accepted are still applauded as creative attempts. We evaluate their work and output higher, and are sympathetic when in-group members fail or stumble. 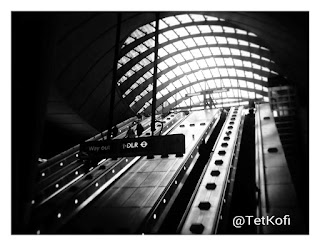 The second lesson is that there are others in our communities who we place in the category of out-group members. They are people we don’t identify with and typically won’t look for or expect positive feedback from. Despite being co-workers, they are definitely the “away” team and though afforded basic courtesies get no positive passion from us. We see out-group members as a homogenized group and are unable to see their quirks as endearing or indicative of a unique personality. Their ways are more likely to be seen as deviations from the “norm” (of our in-group) and further proof that they really are not part of us. In meetings we don’t quote them, refer to their points, mention them less by name, and won’t be as open to their creative punts, more likely seeing them as of little merit or unworkable. It is very easy in a group of say 5 people for the 3 people who form part of our in-group to shut out the two who are seen as  members of the out-group, without noticing that this is what we are doing. Complaints from members of the out-group are unsympathetically heard and often attributed to the stereotype we have prior formed about “such people” – stereotypes such as being anti-social, disengaged, defensive, uncreative, of less merit and the like. Of course the behaviour of the in-group will by its very nature enable and increase the manifestation of these stereotyped behaviours which then become self-fulfilling prophecies. “See?  I always suspected that’s how he or she (out-group member) is,” an in-grouper would then think. 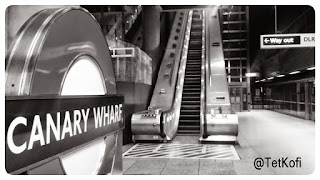 The fourth lesson for companies derives from the third. It is by having access to the informal networks that individuals are mentored and groomed for career development. There are hard skills and soft skills in any job, so while two candidates may be equally qualified in the hard skills, the “softer” nuances of the job which really differentiate the rookie from the rock star will not be made available to out-group members. This is simply because they were excluded from the sources and exposure that provide those insights. Mentors have a percentage in those they foster and nurture. They tend to look for opportunities to guide their wards onward and upwards too, an arrangement that works always to the advantage of those accepted into the informal networks. People always pass the ball to members of their own team.

The final lesson for companies is that they will likely live in denial of the 4 effects outlined so far, and blame them on the inherent nature or behaviour of out-group members. This is what social psychologists call a  classic attribution error where individual nature is seen as the cause of an event without realising that the environment is exerting heavy pressure to shape the outcome of events and behaviour.  While attribution errors by in-group members may look intentional to members of the out-group, in-group members are in fact often completely unconscious of these errors. The simple truth is that people like people like us! 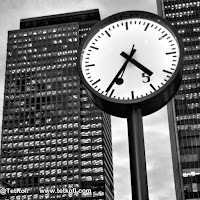 Membership of in and out-groups may be formed along lines of race, gender, sexual orientation, age, class, in fact any significant cultural or demographic trait that marks one individual as VISIBLY or behaviourally different to others. These exclusions hurt the company, its profits and may damage its reputation. They can limit access to markets, ruin group harmony, significantly reduce the productivity of staff, and destroy the creative spark in a company because creativity is found at the confluence of multiple or different viewpoints. The insights above derive from the work of social psychologists including Henri Tajfel and John Turner in the 1970’s and is founded in the science behind Social Identity Theory.  So while black parents may not have understood the science behind their statements, there was much wisdom in what they have passed down. If you’re a member of the out-group, you have your work cut out for you, and smart companies will work hard to understand and manage the negative impacts of social interactions at work. Leave your comments on your experience of these lessons here, they are very welcome.

I have coached senior management teams on managing diversity in large and small organisations. My clients have included L’Oréal in 5 Countries (UK, Holland, Switzerland, Hungary, Czech Republic) The British Army, Logica (CGI), The European Commission in 4 countries (Spain, Iceland, Germany, Slovenia), British Aerospace (Warships Div.) in the UK, The Cabinet Office and a host of SMEs in the UK. Email tet@tetkofi.com for further information on how I could help your organisation or start-up.