Encouragement is using  people’s aspirations to motivate them to achieve more than they thought they could. “Shaming” others looks similar but is in fact a passive aggressive way of extorting compliance with values which may well not be in the interest of the shamed person. Shaming usually occurs when there is a power differential between the shamer and shamed. This differential often, but not always, is manifest in the shamer being in the majority and the shamed being in the minority. Sometimes, the power differential has nothing to do with numbers and more to do with the influence a minority group has over the majority. Cultural values can empower one group over another and thus give that group the power to shame the dis-empowered. Common ways in which we see shaming work include “slut shaming” - where sexual independence by women is demeaned as slutty behaviour to control women's behaviour. This is enabled by cultural dis-empowerment where women, mothers, and wives need the approval of men to see themselves as "worthy". Another example is in speech censorship in which certain subjects simply don’t come up for discussion because they create social unease. Examples of this include talk of race, sexual orientation, gender equality, or ideas on policy issues like immigration, drug legislation, religious affiliation even body types. Shaming can subtly happen in business too, when ideas disfavoured by powerful members of the corporate hierarchy are not even tabled for discussion.

Shaming works because it relies on the natural human desire to belong and be approved of by the group or tribe, be it society, colleagues, family members or just your set of friends. By the threat of withdrawing approval or even ostracism from the group, individuals are quickly brought in line with the status quo. Shaming is costly because it leads to the exclusion of brilliant ideas, just because those in authority dislike them, not because those ideas are bad. Many companies, families and societies limp along with long defunct ways of doing things because of shaming to gain compliance. Here are 3 ways to become free of the scourge which has limited so many potentially brilliant lives and killed so many useful ideas at their birth.

Step 1: Change your locus of thought.
When you change your way of evaluating the worth of your idea from what others think of it to what your values tell you, you have changed your locus of thought. Who you want to date, how you want to date them, how to run the business, what would benefit society; all look very different when you refer to your own ideals and principles. Those ideals and principles, remember, were developed with just this situation in mind. They exist to improve not just yours but all life around you. What could possibly trump your own principles? You see your ideas as they truly are when you see them through the lens of your own values not through the prism of public opinion. Go with public opinion only if it’s as good as your ideas. 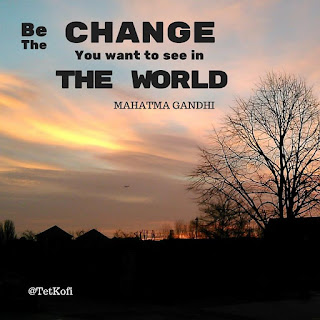 Step 2: Be the change you want to see.
Put your principles into practice and act on them. Nothing beats actual proof. If your life is broadened enhanced, unburdened by living as your conscience dictates, no one will be able to deny long term that your ideas have lifted you, widened your sphere of influence, widened the horizons of your thought and widened your possibilities for achievement. At the root this requires that you take responsibility for your life, and not hand responsibility to anyone else. When this happens, the environment invariably responds in kind. Those round you may not agree with you, but they will know you mean what you say and think.

Step 3: Beware of Stockholm Syndrome
In 1973 hostages taken by terrorists at a bank in Sweden started to display empathy with their captors and even advocate the hostage takers'cause. Called the Stockholm Syndrome, psychologists say it results from traumatic bonding. By identifying with the oppressor, the individual’s ego is protected by ceasing to see itself as a captive, or the oppressor as an abuser. All is then "well". Stockholm syndrome is delusional behaviour which abandons the principles and values of the shamed or abused person and embraces the values and agenda of the shaming or abusive party.


Fear of abandonment or fear of reprisal by the group are usually paper tigers that cease to roar when confronted. On the contrary, people who, while having respect for the group, do not abandon their principles and values, always garner respect.  Such people become effective actors in life work and society. Furthermore, the freedom to explore new ideas and new possibilities is such a great reward, that you will wonder why you may have laboured so long under the yoke of social, political or corporate “shaming”.
Posted by Tet Kofi at 21:29